You are at:Home»In the News»Digital Construction in the Netherlands

Menno de Jonge has had a long career in Dutch construction gaining vast expertise in BIM and Digital Construction. Now a leading industry figure, Menno informs us about BIM adoption in the Netherlands and how the Dutch are leaders. He has witnessed great changes in the highly competitive Dutch industry for over 30 years. 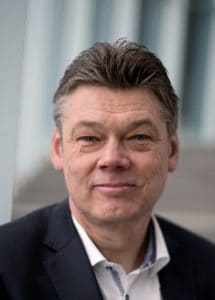 Menno has worked in the world of CAD and BIM since the beginning of his career back in 1989. Interestingly, the start of his career saw the origins of CAD use in the country he says. “My interests started in university, at the time the IBM PC and first releases of Autodesk AutoCAD where introduced.”

When Menno started with his first employer, drawing boards were still in design offices and on sites. His first job was to replace the drawing boards with 2D CAD stations. “Already during those days the importance of information management was known, it wasn’t only about producing drawings, but managing the information on projects was crucial. So next to implementing 2D CAD I was involved in implementing Document Management Systems, including the integration between the DMS and CAD solutions.”

In the nineties, the company slowly introduced 3D modelling, initially focusing on complex projects which could not be designed using 2D CAD. From their offices in the Netherlands and in the Middle East, they designed projects around the world and witnessed the advantages of 3D modelling usage.  “Another important step we took was extracting quantities from our 3D models, and extended the digital ways of working from the design offices to the construction sites.” Major advancements would follow.

After two further decades of progress, in recent years with BAM he has seen a major focus from the design phase to the whole lifecycle. “We are now seeing many examples of whole-lifecycle BIM.” In Menno’s opinion, the BIM leaders in Dutch construction are BAM, Dura Vermeer, TBI, Ballast Nedam and Volker Wessels. As BIM leaders in the Netherlands BAM understood that it was important to collaborate with industry stakeholders. “Together with other contractors, we started the VB7 (Virtual Building 7) initiative, where we collaborated on raising the maturity of BIM in the Netherlands. One of the group’s successes was the organisation of the first ‘BIM Caseweek’ event in 2007 and continued these through to 2014. The BIM Caseweek was a workshop for professionals who wanted to further develop BIM knowledge. Based on real client case studies, the participants worked towards a complete design by the end of the week, including topics like 3D modelling, 4D planning, 5D estimating, collaboration, coordination, clash detection, open data (IFC) and verification of the requirements of the client.” 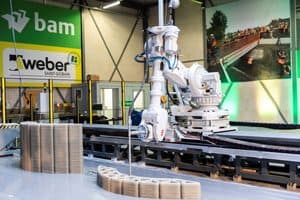 The collaboration also extended outside of the Netherlands. In ENCORD, the European Network of Construction Companies for Research & Development and Innovation, BAM formed the 5D initiative, in which the company collaborated as five European construction companies, with five software developers and five academic institutes. Collaboratively BAM developed a blueprint for an optimal digital platform solution (5Di) for the construction industry.

Thanks to these and many more initiatives the Dutch industry is mature in the use of BIM and had a substantial influence in the global development of BIM and openBIM initiatives such as IFC and BCF. There are several initiatives in place to further improve the use of BIM in the Netherlands, such as the BIM Loket and the Government programme DigiDealGo.

There are many great examples of the application of Digital Construction on national projects including the following BAM projects: the art depot building for Museum Boijmans Van Beuningen, an all-out Digital Construction project and the €750m Lock of Terneuzen project in one of the busiest navigated canals in Europe. Menno describes the BAM Digital Construction Awards: “These two projects are also the winners in the project category for the Dutch operating companies. We are also celebrating outstanding individuals and innovations. The winner in the ‘Innovation’ category was the 3D Concrete Print Factory, a great example of Industrialised Construction, where we print bridges, staircases, and soon also houses.”

BIM is commonly used on both public and private sector projects. The Netherlands does not have a BIM Level 2 mandate in place like in the UK. Many of BAM’s national public and private clients, however, do demand the use of BIM on projects, without explicitly stating their expectations. “Our public real estate agency ‘Rijksvastgoedbedrijf’ has a BIM specification document in place, but this document doesn’t state any specific requirements and hasn’t been updated since early 2019.” BAM has a number of international clients and demands are no different he says.

BAM has been working on a structured maturity development programme for the past five years. Here the teams do not only focus on the more technical aspects of BIM, such as the company development of 3D, 4D, 5D, etc., but have also heavily invested in the development of processes and re-skilling people.

Currently, Menno says there are increasing examples of integrated contracts in the Netherlands i.e. Design & Build, which are more BIM suitable contracts. Regarding changes, he says the COVID-19 challenge will change the industry. “We are seeing an impact of the current COVID-19 pandemic on the changes of using Digital Construction in BAM. We see higher adoption of digital technologies by our employees to support working from home situations.” 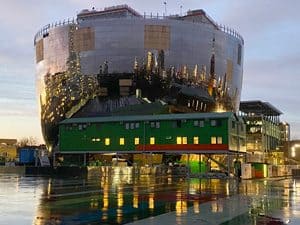 Towards the coming years, he says the international industry will see an increased focus on the use of data companies are collecting during the lifecycle. “This data is a rich source of information that we use to learn and scale by applying Artificial Intelligence and Machine Learning algorithms to provide our project teams with predictive information and dashboards.” BAM are working with Autodesk on the Construction IQ project. Modern Methods of Construction will also have a major impact. “Next we also see an increase in offsite manufacturing technologies and the application of robots in factories and job sites.”

As a Vice President of ENCORD, Menno is working with Digital Construction colleagues across many European construction companies and suppliers. In the ENCORD Digital Built Environment working group they discuss new developments and are collaborating in European R&D programmes like DigiPLACE. “One of my responsibilities in my function as Director of Digital Construction in BAM is to drive thought leadership into the market. Through presenting business and market-level findings at industry events, we collaborate with industry colleagues to increase the maturity of BIM worldwide.”

Discussing training within the Dutch organisation, Menno says BAM has four levels of focus. “BAM are developing training on four different levels: awareness, knowledge, ability and expertise. For awareness and knowledge levels we are developing our own internal e-learning modules. The awareness level e-learning training is aimed at employees all across BAM and gives a high-end insight into the reasons for deploying Digital Construction in our company. We have developed e-learning modules for 3D, 4D, 5D, CDE, BEP, data capture/exchange and a general overview module. The knowledge level e-learning training goes into more detail and is aimed at the employees that want to have a better understanding of the topics. The ability level training is done with external training institutes and software vendors and their resellers. The expertise level training is all about training on the job.”

The content of this site is subject to copyright laws and may not be reproduced in any form without the prior consent of the publishers. The views expressed in articles do not necessarily represent those of the publishers. This article first appeared in Irish building magazine.