You are at:Home»In the News»The CitA BICP Global BIM Study

The Construction IT Alliance (CitA) BIM Innovation Capability Programme (BICP) funded by Enterprise Ireland aims to capture the construction industry and academia’s capability to respond to the increased requirements for BIM on Irish construction projects.

The BICP is a direct response to the 2014 Construction 2020 report calling on Enterprise Ireland to work with industry organisations to promote the use of BIM and develop the appropriate technical skills amongst Irish construction firms so that they can successfully compete in markets where BIM is widely adopted or a requirement. There are four distinct work packages to achieve the strategic objectives of the BICP which include amongst other things a systematic review of BIM adoption in international regions, with particular focus on the enablers to support national implementation programmes.

This study focused on exploring the value proposition behind these initiatives and what governments and professional bodies are doing to advance BIM within their countries. A number of countries within different continents with a strong focus on Europe were explored.

From an EU perspective a number of countries have initiated national programmes to promote BIM capability. The European Commission recently awarded the EU BIM Task Group funding for two years (2016-2017) to deliver a common European network aimed at aligning the use of Building Information Modelling in public works.

In the UK a Level 2 BIM programme (where all parties using their own 3D CAD models, but not necessarily working on a single, shared model) has been mandated since earlier this year. The UK Government’s primary value proposition was to align this initiative with a measurable reduction in capital costs, project delivery time and carbon usage.BIM has been deployed on a number of pilot projects including the UK Ministry of Justice 180 cell extension of Cookham Wood prison in Kent where £800,000 of savings were reported. Scotland launched a Level 2 BIM Implementation programme in 2015, stipulating that BIM Level 2 would become a requirement by April 2017 on projects over a threshold of £4.32m. The Scottish Futures Trust have introduced a BIM Level 2 Grading Tool which helps one to understand when to adopt BIM Level 2 and the BIM Compass, which is to assess ones current BIM capability and compare against industry benchmarks.

The French Government is to deploy BIM within the housing sector on 500,000 houses by 2017. The Le Plan Transition Numérique dans le Bâtiment task group is responsible for the French Roadmap. In Germany a number of high profile jobs have run significantly over budget which has led to establishment of the Planen-bauen 4.0 limited company. Planen-bauen 4.0 will guide and steer the implementation of BIM towards a 2020 mandate. Italy will introduce a BIM mandate on public works above €5.225 million which will come into effect on October 18, 2016. BIM has been used on a number of projects to date which include, the restoration of the opera house in Milan and the Fiumicino Rome airport expansion. Spain has also introduced a BIM mandate for March 2018 and further mandatory use in infrastructure projects by July 2019. A steering committee called Comisión para la Implantación de la Metodología BIM (Commission for the implementation of BIM methodology) has been set up to promote the implementation of BIM in the Spanish construction sector. 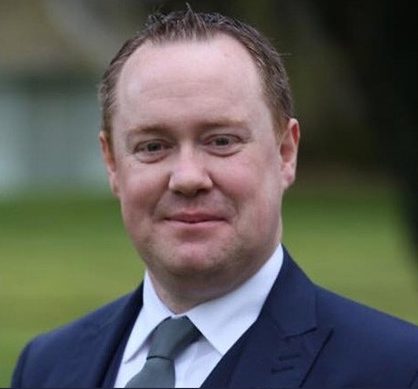 Scandinavian countries have been leading the BIM agenda for a number of years and have seen significant benefits. In Finland the Confederation of Finnish Construction Industries decided in 2002 that BIM would be a core element of their proposed changes to the sector. Senate Properties has mandated since 2007 for all design software packages to pass Industry Foundation Class (IFC) Certification in accordance with the requirement in its BIM guidelines. BIM has been in operation in Denmark for a number of years when in June 2011 the Danish Parliament extended the mandatory adoption of BIM to all local and regional projects worth over €2.7 million, while central government projects had a lower threshold of €677,000. The Norwegian government established its national mandate to reduce errors, improve coordination, increase energy efficiency of its buildings and in general gain efficiencies. A joint statement which set out particular requirements for all project participants to use open standards by July 2016 was signed by a number of large public sector clients which include the Norwegian Defence Estates and Statsbygg (Directorate of Public Construction and Property).

The Netherlands set up the Building Information Council as part of the Rijkswaterstaat highways and waterways BIM programme, so as to improve quality, continuity and international competitiveness of the Dutch building industry in 2012. As of 2015, the Royal Institute of Dutch Architects stated that 76% of architecture practices in the Netherlands were realising BIM benefits. The ongoing largest road reconstruction program in the country, Schiphol-Amsterdam-Almere (SAA), is fully deployed with BIM involving a total budget of €4 billion for the period of 2012-2020.The Czech Republic are just beginning to use BIM technologies and develop information modelling but in most areas of the construction process, a 2D design documentation is still the preferred. The NBS International BIM Report for 2016 stated based on its findings for the Czech Republic that almost half of the 157 respondents are aware of BIM, but only 13% use it. The Belgian guide for BIM within the construction industry was published in 2015.

This guide offers a set of practical rules and recommendations which allow a BIM process manager to elaborate his own project specific BIM protocol with all the different stakeholders involved. In Switzerland the first Swiss BIM report published by the University of Technology Geneva states that 91% of its sample wanted to use BIM within the next 3 years. An Open BIM guide for Switzerland has been recently published which helps users develop a BIM methodology in partnership with existing standards and regulations of the Swiss Society of Engineers and Architects. Recently it was announced that Spitalverband Limmattal hospital group has chosen Bouygues Construction’s Swiss subsidiary to deliver a €175m euro hospital using BIM technologies. Within Portugal despite no mandate there are strong elements of ICT within the public sector as seen through the adoption of e- Procurement for all open, restricted or negotiated public procurements, which is mandatory. Organisations working to promote and accelerate the adoption of BIM in the Portuguese construction industry include the BIMForum Portugal.

Brazil’s National Department of Transport Infrastructure is embracing BIM in the hope of it assisting in achieving a 30% cost savings across the building lifecycle. A roadmap strategy is under review with the intention of overhauling the Brazilian Government’s approach to major building projects, improving their predictability and safety, as well as saving time and money. The Chilean government have introduced a BIM Plan which spans 10-years and seeks to achieve the requirement of BIM for public projects by 2020, and tentatively the requirement of BIM for private projects by 2025. The BIM Forum Chile is the main technical reference and meeting point in Chile around BIM, generating projects, activities and standards that add value to businesses and professionals in the construction sector.

BIM in the USA has seen wide spread adoption in large public owners, including the General Services Administration and the U.S. Army Corps of Engineers both requiring BIM deliverables on all major projects in the USA. The Veterans Affairs Office of Construction and Facilities Management, New York City Department of Design and Construction and the State of Ohio BIM Protocol all represent BIM mandates in their perspective States or department. Other public sector mandates include the State of Tennessee Office, Texas Facilities Commission, State of Maryland and Washington D.C. Public Schools, and State of Wisconsin. The Institute for BIM in Canada (IBC) is to lead and facilitate the coordinated use of BIM in the design, construction and management of the Canadian built environment.. The IBC have created a Canadian Roadmap for Lifecycle BIM in the Canadian AEC sector. Some of the IBC ongoing projects include a three-volume manual titled BIM Practice Manual which will assist those firms across Canada who are interested in adopting BIM in their own companies, or on particular projects.

Within Asia, the Singapore Building and Construction Authority had a roadmap for BIM that pushed its construction industry to be using it widely by 2015. A second BIM roadmap has been realised to further productivity within the public sector. In China the Ministry of Housing and Urban-Rural Development’s 12th National Five-Year Plan has requested BIM. A recent McGraw Hill Smart Market Report on the business value of BIM in China reported that the percentage of those using BIM on at least 30% of their projects is expected to grow in the next two years by about 90% among architects and 110% among contractors. The China BIM Union have helped developed the Chinese National Unified Standard for BIM. The Hong Kong Construction Industry Council Working Group issued the Roadmap for BIM Strategic Implementation in 2014. The roadmap outlines 17 initiatives, under 9 areas, to achieve industry-wide implementation of BIM in Hong Kong.

The McGraw Hill Smart Market Report (2014) for the Business value of BIM in Australia and New Zealand details that despite BIM being relatively new in these countries that there is wide spread recognition to its value. BIM in Australia is gaining traction and in some areas such as the Department of Planning, Transport and Infrastructure have developed BIM guidelines for government agencies, consultants and contractors, with the New South Wales’ Health mandating BIM deliverables on all projects over $30 million. An independent statutory body, Infrastructure Australia, released its new 15-year plan and BIM is highlighted as a recommendation to encourage strategic and integrated planning. At present despite no mandate the BIM Acceleration Committee in New Zealand in an effort to develop more efficient work processes have produced the New Zealand BIM Handbook. This book outlines that the industry is moving towards BIM primarily by a desire to document projects more efficiently.

Within the middle east the UAE expect to see over the next cycle of its construction boom an estimated $30 billion spent. This has seen Dubai Municipality in 2013 issuing a circular mandating BIM for specified architecture and MEP works in the Emirate for buildings over 40-storeys tall, or those which span more than 27,871m2. In July 2015 an updated circular was issued which detailed Dubai Municipality’s intent to expand the usage of BIM for architecture and MEP requirements on buildings that are above 20 floors for all governmental projects. Current groups such as the Emirates BIM Group have been formed to assist in introducing the software required for BIM to those who have just started out in the business or wish to further their experience.

The BICP Global BIM Study has highlighted the strategic importance of BIM to international governments. This strategic importance is founded on public leadership; growth capability and industry capacity; building a common collaborative business environment and above all creating a more productive and less adversarial sector. The BICP global review of BIM adoption has enabled the researchers to identify common themes or pillars present within international BIM programmes this includes the importance of setting realistic benchmarks and timelines to execute a BIM mandate. The adoption of international guidelines, protocols and technical codes has also been a common pillar throughout. The need for a collaborative project delivery environment and contractual landscapes that will foster the use of BIM is seen as a significant challenge in all jurisdictions. A number of countries are also promoting open standards for BIM which will foster meaningful engagement between government, industry and academia. Education has proven a key pillar throughout with the need for training to be provided for government departments, academia and industry. The final report will be issued to the National BIM Council of Ireland to assist in their formulation of their roadmap strategy and will also be available for download on the upcoming BICP website.