You are at:Home»In the News»Pothole fillers to return to work today

A Cork Councillor has said he intends to press for the issue of health and safety legislation to be examined. 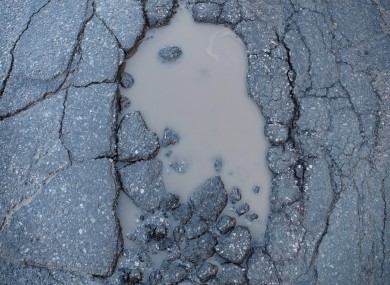 Three County Council workers who were suspended last month for filling a pothole in breach of safety procedures are to return to work today reports the Journal.

Following hearings yesterday morning, the three workers, who were suspended for carrying out urgent road maintenance in breach of council safety procedures, are to return to work today. The men are all members of SIPTU.

Following discussions today with management the matter has now been definitively concluded in accordance with the grievance and disciplinary procedures of Cork County Council to the satisfaction of all the parties involved.

The workers will be returning to work [on Wednesday]. The SIPTU members involved have re-stated their complete commitment to all the health and safety procedures of Cork County Council.

Cork County Councillor Tim Lombard said last month that the men were “being punished for showing initiative”. Speaking to TheJournal.ie yesterday evening, he welcomed the news that the men were to return to their jobs.

“I welcome the fact the three lads are back at work,” he said. Cllr Lombard said that it is a very unfortunate situation that there was no way of dealing with the issue than for the staff to be suspended for breaching health and safety procedures.

Describing the men as “hardworking individuals”, he said that the crux of the issue is that the workers’ “hands are tied” by health and safety legislation.

Cllr Lombard said that unless the issue is dealt with, “our capability to do work on public roads is going to be diminished”. He suggested that local authorities should find out what is the genuine cost per km and per man hour for health and safety while working on the roads.

If you have to fill a mile of potholes on a mile of road at the moment, with health and safety regulations you need at least five men; a stop and go sign, a man in a truck and two men shovelling tarmac.

He added: “The amount of red tape and legislation that is in place at the moment has become a drain on resources and a drain on practically getting work done on the ground”.

The issue is set to be debated at the Cork County Council meeting next Monday. Source: The Journal.